True Grit by Charles Portis first appeared as a 1968 serial in The Saturday Evening Post. After it gained popularity, Portis later re-issued it in book form with a slightly reworked storyline. In 1969, True Grit was adapted for the screen as an American Western film starring John Wayne, which spawned a sequel in 1975 entitled Rooster Cogburn. Another adaptation, also called True Grit, was made in 2010 by the Coen Brothers, starring Hailee Steinfeld as Mattie Ross and Jeff Bridges as Rooster Cogburn. 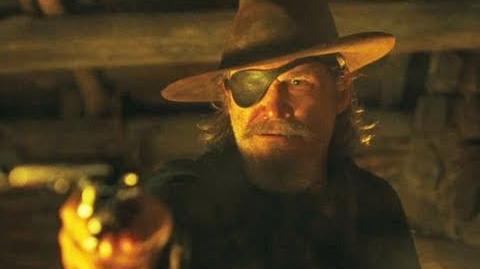 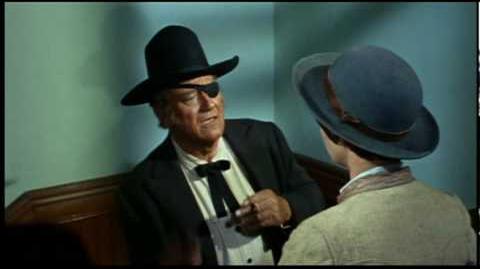 We are currently housing 68 articles, and 400 files. Help us add content and expand this wiki!
To write a new article, just enter the article title in the box below. 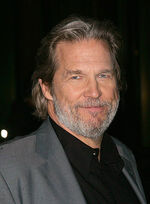 Bridges' first major role was in the 1971 movie The Last Picture Show for which he garnered a nomination for the Academy Award for Best Supporting Actor. He was nominated again for the same award for his performance opposite Clint Eastwood in the 1974 film Thunderbolt and Lightfoot.

One of his better known roles was in the 1982 science fiction cult classic Tron, in which he played Kevin Flynn, a video game programmer. He was nominated for the Academy Award for Best Actor in 1984 for playing the alien in Starman. He was also acclaimed for his roles in the thriller Against All Odds and the crime drama Jagged Edge...
Read more...

The best crime movies on Netflix  The A.V. Club...

Was a male-male kiss censored at the Oscars?

Controversy rages over a scene not shown on the Oscars telecast: Javier Bardem and Josh Brolin kissing and dancing while en route to the podium to bestow the award for adapted screenplay. As the duo …

Canadian character actor, Barry Pepper best known for his roles in Saving Private Ryan and The Green Mile, has some big shoes to fill in the new version of True Grit (2010). He will be playing Ned Pe…

Can Bridges Top "The Duke?"

Welcome to the True Grit Wiki, where all things with grit live! With the new flick coming out I was curious... Do you think Jeff Bridges can live up to The Duke, John Wayne? He is not just a legend i…

I've never been much of a fan of Westerns, but I have to say that they've been garnering an interest with me of late. Certainly John Wayne, John Ford and Clint Eastwood are the grandfathers of the cl…